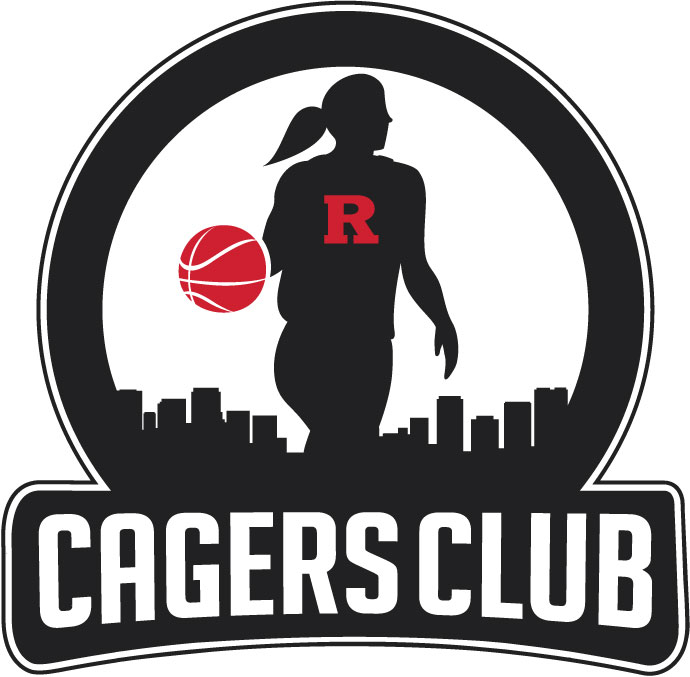 It all began when the Lady Knights, as they were then called, were playing in the 1978-1979 playoffs. A group of loyal Rutgers football fans went to see the Rutgers University Women's Basketball Team women play in a with the men's basketball team. It was love at first sight!

Since then, there have been countless games at the RAC and on the road, with loyal fans traveling far and wide to show their support for their beloved Scarlet Knights.  Today the bond between the team and the fans continues, as the Cagers Club enjoys its role as "the team behind the team."

As our Hall of Fame Coach, C. Vivian begins another season "on the Banks," the Cagers will continue the tradition started by our club's founders of unwavering loyal support of the Women's Basketball Team, coaches, staff and Rutgers University.

You can add to the tradition by joining the Cagers Club. Become a part of the excitement and fun; bring your family and friends. Share in the pride of a hard working group of women who have given so much over the years and who have been so incredibly successful. They appreciate and deserve our support. 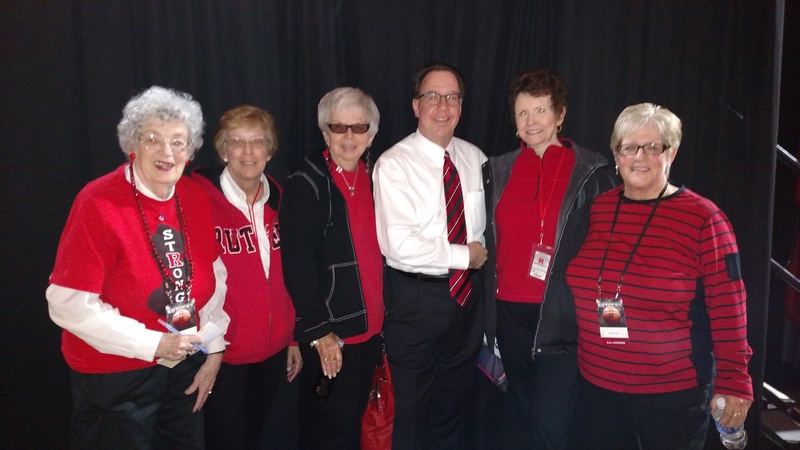 Here is a gathering of former presidents of the Cagers Club to celebrate years of support for the team.  They are, left to right, Kathy McAdam, the late Glenys Manfre, Pat Piazza, the late Reverend John Graf, Rosemary Grygo and immediate past president Kathy Duff.

Join the Cagers Club and help us raise money to support Rutgers Women's Basketball, root for our favorite team and make new fan friends. Our long history and tradition will help us ensure a bright and exciting future for the Cagers Club. Go RU!

In addition to the elected Officers of the Club, several people play key roles in as volunteers:

As members of an official "booster club," Cagers are subject to all NCAA compliance rules. It is important to understand what you, as a fan, can and cannot do with regard to recruits and the student-athletes. Contact Karen Kelly, assistant athletic director for compliance, at kkelly@scarletknights.com.

The Cagers Club has instituted a Code of Ethics to guide our fans in how to conduct themselves in all dealings with the team, the staff and the University.  This Code is intended to reinforce a strong sense of accountability for responsible and mature personal behavior in all those who represent the Cagers Club. Please review this document and contact us if you have any questions.

RU Loses at the Buzzer at Purdue, 60-58
by tbgordon@hotmail.com | 2 comments